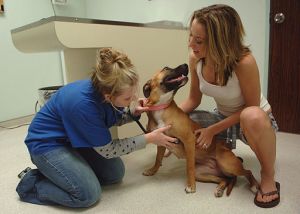 According to the American Pet Products Association, Americans spent a total of $58.51 billion on their pets last year. This is an all-time high, up from $55.72 billion in 2013. In fact, spending on pets in the U.S. has steadily increased over the years, hitting the $50 billion mark in 2011. Archival data from the APPA shows that spending on pets back in 1994 was just $17 billion, and has risen quite a bit over the past two decades.

What are we spending our money on? The APPA reports that the majority of our dollars go to pet food, followed by veterinary care, pet supplies and over the counter medicine, services such as grooming and boarding, and finally, live animal purchases.

An analysis of expenses among dog and cat owners reveals that costs for products and services are generally slightly higher for dogs, particularly in the areas of surgical vet visits, treats, grooming, and toys.

There’s no doubt that we love our pets…and the numbers prove it!

For more on U.S. pet industry spending, check out the APPA website.