Veterinary scientists from the University of Chile’s Veterinary and Livestock Faculty have created a contraceptive vaccine for both male and female dogs, intended to address that country’s growing population of homeless dogs.

The concept of “immuno-castration” is not new. Research began in the 1980s in Australia and it has already been used successfully, mostly in pigs. The vaccine is reversible and works by creating antibodies that neutralize a hormone called Betatrophin, blocking reproductive hormones and activity in males and females.

Immuno-castration is easier and safer than surgical castration, and has none of the side effects of contraceptive drugs (such as cancer) since it works in a totally different way. 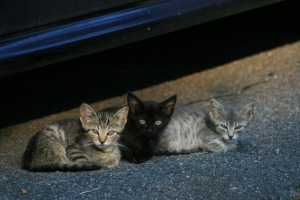 Research is also underway in other countries that are seeking to develop similar contraceptive vaccines for pets. Feral cat advocates are especially interested in this technique as an easier alternative to TNR (trap neuter return), which requires surgery, in controlling feral cat populations.

To learn more about the Chilean vaccine, click HERE.