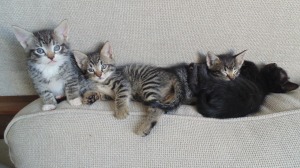 Most cat owners will tell you that there are some fairly common cat behavior problems they would like to solve…things like scratching the furniture, jumping on kitchen counters, or scratching/biting while getting pets are just a few examples. What impact does a little education for new kitten owners have on feline behavior problems? As one Italian study found out, quite a lot.

Researchers studied a total of 91 kittens, divided into two groups. In the first group, owners were provided with advice from veterinarians on how to prevent undesirable behaviors in their cats, both at an initial visit, and then at a follow-up visit 10 months later. In the second group, owners had just one session with the vet.

Results showed that owners who got one educational visit reported significantly more problems than those who got two opportunities to talk to the vet about behavior issues (43.5% vs. 15.6%). Owners who got less education reported that their cats were more likely to climb on multiple pieces of furniture (and curtains), vocalize more, and disturb them more while in bed or watching TV than those who got more education. 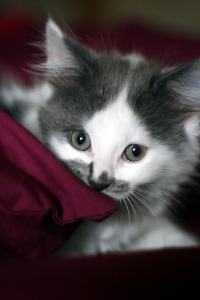 The results indicate that early–and repeated–education of new cat owners by veterinarians (or others such as pet adoption counselors) on feline behavior issues can go a long way towards solving many of the most common behavior problems seen in cats. For more information on the study, click HERE.