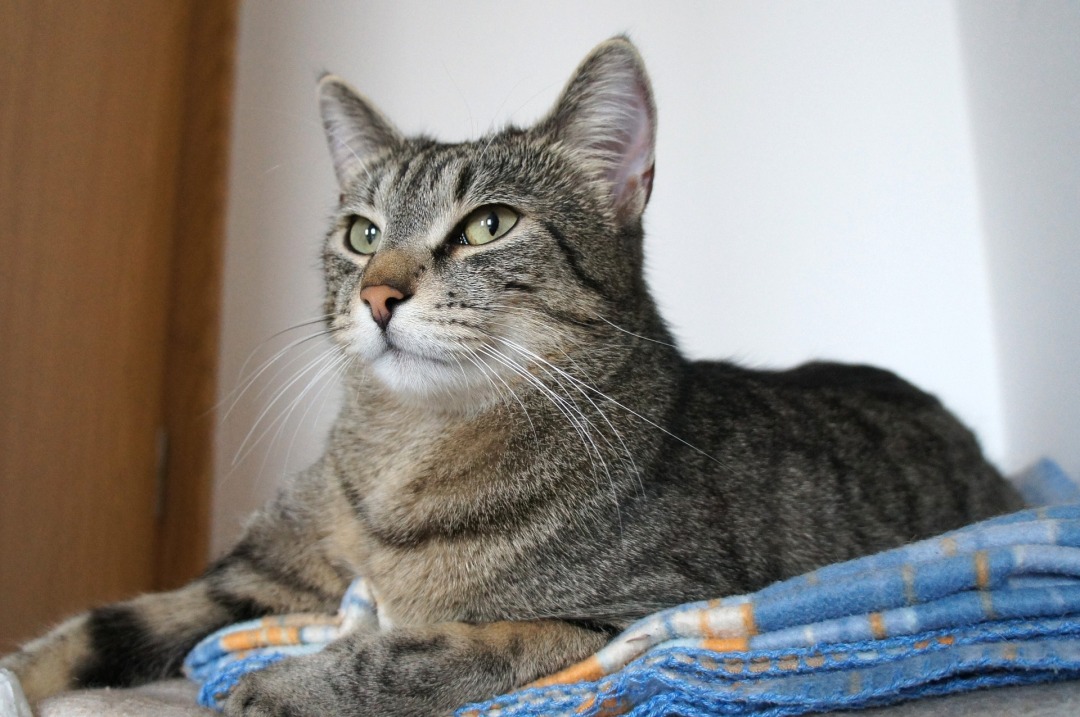 Thyroid Disease in Cats Linked to Chemical Found in Our Homes

One of the more perplexing feline health issues seen by veterinarians is the growing epidemic of hyperthyroidism (overproduction of thyroid hormone) seen in cats in the past few decades…a condition rarely seen by vets as recently as the early 1970s.  A new article in the New York Times sheds some light on this veterinary mystery…and may cause cat owners to take a second look at the presence of a common chemical in our homes.

Hyperthyroidism in cats (also called feline wasting disease) causes serious symptoms like weight loss (combined with increased appetite), restlessness, poor coat quality, rapid heartrate, and increased thirst.  This had been a rare condition in cats, but over the past few decades, cats have been developing thyroid tumors, causing the thyroid gland to secrete large amounts of thyroid hormone into the body.

According to the article, several veterinarians began taking a closer look at feline patients with this wasting disease, starting in the late 70s and early 80s, and discovered that many of the cats had thyroid tumors and high levels of thyroid hormones.  These feline thyroid problems were rare until the late 70s.  The condition continued to grow and spread throughout the U.S. and to other countries into the 1990s.  Today, 10% of older cats will get hyperthyroidism.

An epidemiological study of cats with hyperthyroidism found some common risk factors that proved to be very important clues:  spending most of their time indoors, sleeping on carpets and our bedding materials, eating certain kinds of foods, and living in a home with a gas fireplace.  Researchers have narrowed their focus to one culprit:  a chemical substance that is commonly used as a flame retardant, called polybrominated diphenyl ethers (PBDEs).

Starting in the 1970s, this chemical was added to everyday household materials like carpeting, furniture upholstery, and even electronics.  Tiny particles of this substance migrate from the household item into the air…and bodies of our pets.  Cats seem to be especially sensitive to the fact that the structure of PBDEs mimic thyroid hormones and affect bodily functions.

This chemical has largely been removed from the manufacture of household items, although many people still have things containing it in their homes, and it also takes a very long time to degrade.  Feline behavior like sleeping on furniture and, more importantly, grooming, makes cats especially vulnerable to ingesting PBDEs.

The article notes that cats and other pets can often be seen as the “canary in the coal mine” when it comes to discovering how toxic substances in our environment can harm all living creatures, including us humans.  Pets that spend most of their time indoors, exposed to all of the toxins in the home environment, are especially good at telling us when something is wrong.  Testing reveals that virtually all humans have some PBDEs in the body.  Humans are also experiencing more cases of thyroid disease and thyroid cancer.

Want to learn more?  There is a Canary Database that actively tracks environment-related diseases in animals that may also affect humans.