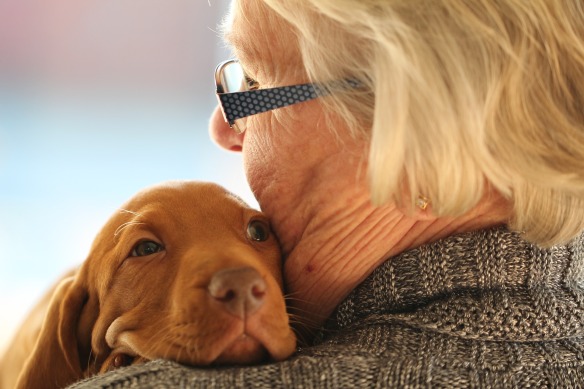 The American Heart Association recently published a study on the health benefits of dog ownership for people at risk for heart attack and stroke.

According to the study, dog ownership is associated with a 33% lower risk of death for heart attack survivors who live alone, as compared to non-dog owners.

Dog-owning stroke survivors who live alone have a 27% reduced risk of death compared to those who don’t own a dog.

Dog ownership has been found to be associated with a 24% reduced risk of all-cause mortality (31% reduced risk for heart attack and stroke).

Why is there such a significant reduction in mortality?  The American Heart Association points to two key factors related to dog ownership: companionship/social connection and increased physical activity, both of which can lead to improved health and lowered blood pressure.

The researchers found that among heart attack and stroke survivors, the risk of death was lower for dog owners than even for people living with a spouse or child!

Check out this video on the study to learn more: