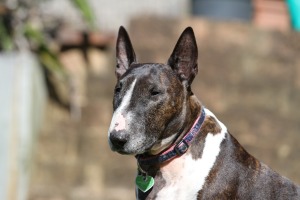 A recent article posted on the Slate website asks an intriguing question:  Do dogs get autism?  Is it possible that dogs and other animals could have Autism Spectrum Disorder (ASD) just like people?  Scientists say that an analysis of certain canine behaviors could point to a diagnosis of autism in dogs. 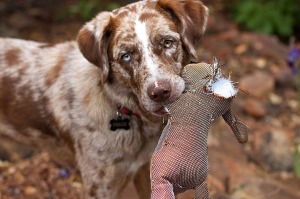 While there is no simple test to definitively diagnose autism, researchers study two important factors when looking at autism in humans:  sociability and repetitive, intense behaviors called “stereotypies.”  Stereotypies in dogs can include things like tail-chasing, chewing, and flank-licking. 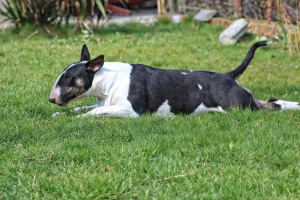 The article points to a study of the behavior of Bull Terriers, which found that roughly half of 300 dogs studied exhibited autistic-type behaviors.  Spinning/tail chasing was the most predominant behavior, but other compulsive behaviors were also observed.  A majority of the tail chasers were male and tended to exhibit other types of fixations.  The researchers realized that both the dogs’ gender and behaviors had strong parallels to autism in humans. 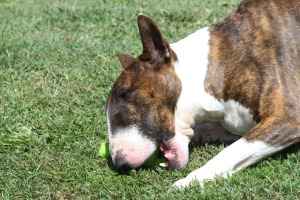 Seeking more scientific evidence to back up their observations, the researchers also tested a group of Bull Terriers for two types of blood chemicals, which are found at elevated levels in humans with autism.  The dogs also had high levels of these same chemicals.  The findings were published in the journal Translational Psychiatry. 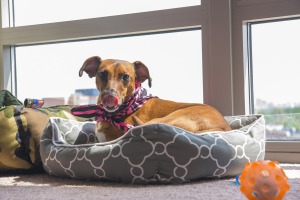 What’s the next step to definitively determine the existence of autism in dogs?  Work is currently underway to find specific areas of the canine genome that would point to a genetic basis for canine autism.  The article notes that famed animal behaviorist Temple Grandin, who is herself autistic, says that there are parallels between “animal genius” and “autistic genius”—interesting food for thought for owners of exceptional pets!